Call for Papers: Special Issue "The Global Compact for Migration in comparative perspective" 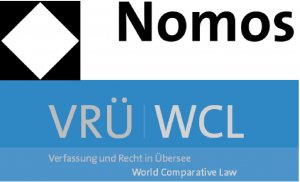 In the coming year, a special issue of the journal World Comparative Law / Verfassung und Recht in Übersee will be published with the topic "The Global Compact for Migration in comparative perspective". Co-editor is FGMM founding member Jürgen Bast. There is a call for papers with a submission deadline for an abstract until August 31, 2020.

The Global Compact for safe, orderly and regular migration (GCM) is an innovative instrument in many respects. For one, it is the first comprehensive document dealing with the challenges of migration that has been agreed upon in the UN General Assembly for decades. Its supporters comprises not only states which are typically ‘sending’ migrants, but also states which typically ‘receive’ migrants as well as ‘transit countries’. The negotiation of the GCM was also unique in that it not only included representatives of states but also, following a ‘whole-of-society’ approach, other stakeholders including non-governmental organizations, migrants’ representatives, trade unions, and national human rights institutions. Second, the GCM consolidates and systematizes the variety of human rights of migrants. While explicitly embracing a rights-based approach to migration, it nonetheless stresses the remaining sovereignty of states regarding the regulation of migration and thus seeks to contribute to recalibrating the relationship between human rights and sovereignty. Finally, the GCM introduces new mechanisms for implementation, review and follow-up procedures. While being a soft-law instrument formally lacking binding force, the GCM establishes a permanent framework for its implementation including a new capacity-building mechanism, a UN network on migration coordinated by IOM, and an International Migration Review Forum to take place every four years.

The endorsement of the GCM by the UN General Assembly was accompanied by a fierce controversy, in particular in some European countries and the U.S., about the potential implications of the GCM. While some feared a significant loss in states’ sovereignty to regulate migration due to the rights-based approach and the endorsement of migration as a source of growth and cultural richness, others tried to downplay the normative impact of the GCM altogether in light of the formal soft-law status of the document. Legal research on soft law over the past decade, however, has demonstrated that soft law may in fact be as effective as hard international law, depending on its function, the institutional setting for follow-up and review, as well as the practice of state and non-state actors in the field. Against this background, the potential impact of the GCM is yet to be evaluated. The first meeting of the GA as the International Migration Review Forum is scheduled for 2022. Meanwhile, states are asked to develop national implementation plans, to cooperate with other states in the region and to organize domestic review mechanisms that echo the multi-stakeholder approach of the GCM. What mechanisms do states develop in this respect? Does the GCM have an impact on domestic or regional debates about human rights of migrants? Do domestic courts or regional human rights courts use the GCM as an argumentative resource? Do political parties, local NGOs or migrants refer to the GCM in their daily practice? Does the GCM play a role in legislative processes? How is the relation between the GCM and existing legal human rights obligations articulated in practice? What doctrinal significance may the GCM have?

While the GCM provoked populist upsurge and heated debates in countries of the Global North, it is less known how it has been received and debated in countries of the Global South. A full picture of the various cleavages that formed around the GCM and the variety of public discourses, perceptions and interpretation, is still missing. How was the GCM perceived beyond the Global North? Which political actors did refer to it? What were the motives and hopes associated with the endorsement of the GCM? How does the GCM resonate with existing discourses and mechanisms regarding the regulation of migration and the human rights of migrants? How was the soft-law character of the GCM addressed and assessed?

In view of this myriad of open questions, the peer-reviewed journal World Comparative Law / Verfassung und Recht in Übersee (WCL/VRÜ) will dedicate a special issue to the impact, interpretation and institutionalization of the GCM from a comparative perspective. We particularly encourage voices and views from the Global South to join the debate. Contributions may deal with the perception of the GCM, its implications for domestic, regional and universal discourses on human rights of migrants, and/or its actual or potential impact on migration laws and policies. In a limited number of cases, WCL/VRÜ may be able to provide funding for translation of pieces written in languages other than English.

With this Call for Papers we invite those interested in contributing to the special issue to send an abstract by 31 August 2020 to: oer5@fau.de (responsible editors: Anuscheh Farahat, University of Erlangen/Nurnberg, and Jurgen Bast, University of Giessen). Abstracts should be no longer than 1,500 words and should include an outline and a limited number of references to relevant literature. A decision on the selection of the papers will be made by 14 September 2020. Articles are due by 4 January 2021, following a peer-review process. The final papers will then be due by 31 May 2021. Publication is envisaged in late 2021.